Skip to Content
Home a lifestyle just a quick getaway! Ghent: one of the most colorful cities in Belgium
by 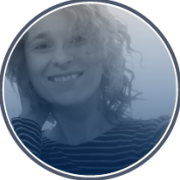 Flanders’ hidden gem, Ghent was for a long time one of the wealthiest and most prosperous cities in northern Europe. It has an opera house, several museums, centuries-old churches, and numerous bridges that cross the two rivers, Leie and Scheldt, which wind through the city. When talking about Belgium, there are many things that come to mind: beer, waffles, cheese, the iconic cities – Brussels, Antwerp, and Bruges – or the Manneken Pis (the statue of the boy peeing), but the country has so much more to offer, like Ghent: one of the most colorful cities in Belgium.

Less than 60kms from Brussels, this is a university city, which makes it a joyful place, full of life and culture. One of the joys of the city is to spend an afternoon in an open-air cafe or simply stroll through the picturesque streets.

Any of the bridges in Ghent offers a great view of the well-preserved medieval buildings, mystical streets, and the cozy atmosphere of this city.

We’ve decided to spend a long weekend in Brussels, taking the opportunity to get to know a European capital, walk around and relax a little.

But, a friend who lives in Brussels suggested us a tour through the city of Ghent, I did some research and understood why! Ghent invokes the unique spirit of an enchanted city, reminiscent of a colorful and lively animated film.

Ghent: one of the most colorful cities in Belgium | what to visit

Sint-Baafsplein (St Bavo’s Square) is considered the center of the historic part of the city. Here you will find the Gothic-style Sint-Baafskathedraal, built between the 10th and the 16th centuries, as well as the bell tower (Belfort) with a 14th-century tower. A little further you’ll see the Sint Niklaaskerk (St Nicholas Church), all made of stones, in the 13th century.

Inside Sint-Baafskathedraal is the Ghent Altarpiece, or “The Adoration of the Mystic Lamb”, by the Van Eyck brothers, completed in 1432, which is recognized worldwide as a great work of art and one of the most influential paintings. It is a mandatory stop! A total of 18 panels form a magical evocation of scenes from the Bible, as well as a portrait of the church’s director, Joos Vijd, who commissioned the altarpiece, and his wife Elisabeth Borluut.

After a visit to this imposing Cathedral, we took a free tour with the wonderful guide Fenella, from Viva’s Tour, who took us on a magical journey, full of historical details and interesting facts about the evolution of Ghent! These guided tours are a spectacular way to delve into the details that escape us when visiting a place we don’t know (we also did one in Brussels).

We were sorry to only spend one day in Ghent – we arrived in the morning and returned to Brussels at the end of the day and, for that reason, we ended up not having the opportunity to experience the Dulle Griet.

Two Belgian bars, one of them Dulle Griet, which lost thousands of glasses of beer each year took matters into their own hands, while the other installed a security system, Dulle Griet was much more creative! To drink the house beer, served in special glasses, the customer has to leave a shoe as a deposit. The shoe is placed in a basket near the ceiling. The basket is an attraction for tourists and for the bar, a guarantee, as these glasses are made especially for this bar.

Isn’t it, a different experience? And with a good beer. If you want to take the glass at the end, you’ll have to take it well hidden and leave there barefoot! 🙂

Gravensteen, Castle of the Counts

This important landscape of Ghent is a castle with a very turbulent past, intimately intertwined with the complex – and often stormy – political and social history of the city.

After a brief period of Viking plunder, the Counts of Flanders converted the first wooden buildings into a keep in the Middle Ages, with walls built entirely of stone, filled with 24 towers. The imposing building of military architecture was a symbol of the power of the Counts in the turbulent city of Ghent. Furthermore, it is the only surviving medieval castle with a moat and a virtually intact defense system in Flanders. A visit to the Castle of the Counts gives a complete view of heraldic culture in the 12th century. The guardhouse, the walls, the fortress, the count’s residence, and the stables are open to visitors.

The Castle of the Counts has a unique collection of torture equipment. What used to be the pantry now features torture equipment, which is displayed in a suggestive executioner’s cabinet. The old courthouse presents the collection of judicial objects. The Castle of the Counts also hosts all kinds of cultural activities and events, such as the Ghent Festivals. For Ghent residents, this is also a very popular place to get married.

Graslei and Korenlei districts, on the banks of the Leie River (Lys)

Ships have docked here since the 11th century and the beauty of Graslei in Ghent paralyzes everyone and everything. This is where beautiful and colorful facades reflect in the river Lys. Tourists and locals alike relax on both sides of the water, either dangling their legs over the pier or sitting comfortably on the terrace of a cafe.

The Grasbrug Bridge, just around the corner from the Korenmarkt, is poetic, to say the least. And it is also the pride of all the natives of Ghent. Even today there are boats moored at the pier. Better than that, just take a boat trip across Lys!

The houses by the water live and breathe history. Cooremetershuys is now an accessories store. In the Middle Ages, however, the official corn meter presided over the grain trade there. The completely restored facade of the Guild House of the Free Sailors is also admirable. A lot of money has been invested in this building over the centuries, and it shows! The imposing stepped gable of the old corn shop has watched over the city since the 13th century.

This museum of everyday life, the House of Alijn, explores customs, traditions, and rituals from the recent and distant past. It has several interactive experiences and, during the visit, you travel every month of the year through a sequence of rooms, objects, music, and aromas.

Throughout the exhibition, you will find numerous objects, photos, and audiovisual images from the 20th and 21st centuries that promote a link between the past and the present. The interactive design offers something for every visitor. Touch a coffee grinder and hear the beans grinding. Smell the detergent of the past. Dance in the wedding room to a song of your choice.

Of all the museums I’ve visited so far, this was one of my favorites!

To discover other places that are worth a visit, take a look here.

Ghent: one of the most colorful cities in Belgium | how to get here

You can go by car or taxi, but if you want to have a more immersive experience, it’s much nicer to go by train! Enter the station Bruxelles-Midi, until the station of Sint-Pieters. Here, enter Tram 1 that goes to the historic center of the city.

Ghent: one of the most colorful cities in Belgium | where to stay

As we only spent one day in Ghent, we returned to our hotel in Brussels (horrible! One of these days I’ll tell you how appearances can be deceiving!).

If you want to stay in Ghent, which I really recommend!, we have some suggestions for you, at reasonable prices, with good guests recommendations and close to the city center:

NH Gent Belfort is located next to the historic building of the municipality of Ghent. It has stylish accommodation, a fine-dining restaurant, and a gym and sauna. WiFi is free.

From this great location, guests can easily walk to all major attractions such as St. Nicholas Church or Post Plaza Shopping Mall.

Parkhotel is a fully renovated and modern hotel within walking distance of the historic city center. Stay in a quiet neighborhood, opposite Sint-Anna Park, and enjoy the comfort of this accommodation. The Belfry of Ghent is less than 15 minutes walk away.

Place 2 stay offers modern studios in the center of Ghent, just 199 meters from the Vrijdagmarkt. Each has a seating area with a TV and free wireless hotspot.

Korenmarkt and St-Braafs Square with Belfort are a 5-minute walk from Place 2 stay. The Alijn House Museum is 397 meters away. Bruges is a 40-minute drive from the studios.

If you want to know more about Ghent, Bruges, Brussels, or Antwerp, talk to us! 🙂